One Year In, the Nokian Tyres One Has Been a Success 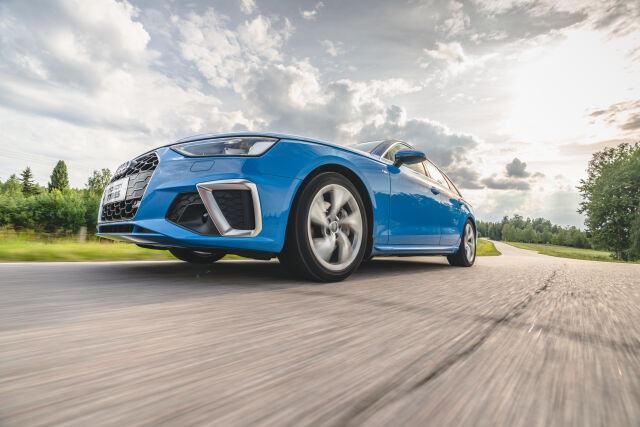 HASTINGS, Neb. – Brandon Payne cut the steering wheel hard to his right, hugging a rain-soaked curve, his eyes firmly fixed on a funnel cloud descending from the black Nebraska sky.

Focused on the furious storm before him, Payne had no time to notice the obstacle beneath him – standing water and debris the storm left in its wake. In moments like these, he was thankful to drive the Nokian Tyres One, an all-season passenger tire whose sidewalls are infused with puncture-resistant Aramid fibers.

The next day, the part-time storm chaser walked into work unscathed and sold the tire to his customers at Graham Tire, where he works as a salesperson.

“Once I put them on my car and drove into storms, these tires performed really well – I have yet to even hydroplane,” Payne said. “They bite the ground and give me comfort and flexibility. When I tell people I use the tires as a storm spotter, people freak out and the tires basically sell themselves.”

One year in, shop employees like Brandon have helped Nokian Tyres gain new footholds in the North American all-season market, blowing past sales projections and helping the tiremaker gain market share in the region.

“We knew the Nokian Tyres One filled a need in the market for a durable all-season passenger tire, but sales have surpassed our expectations,” said Nokian Tyres Vice President of Sales Tommi Heinonen. “We believe this tire is a big step toward our growth goals in North America, but more importantly, it is a tool that helps dealers grow and drivers stay safe.”

After Nokian Tyres launched the new all-season product that comes with a Pothole Protection program, it became the highest volume driver for the company in the North American region. The numbers show consumers are embracing the inventor of the winter tire’s decision to double down on its all-season and all-weather product portfolio, particularly as it makes many of those products in the United States.

Mark Rhodes, president of Missouri-based Plaza Tire, says the Nokian Tyres One has become a key part of his company’s product mix.

“It is probably the most profitable tire we sell,” Rhodes said. “Plaza and Nokian Tyres trust each other to put ourselves in a spot where we’re both successful. The enhancements [of the tire over previous all-season generations] are easy to explain to customers.”

“The Nokian Tyres One meets the needs of consumers across the continent, from drivers in the sun belt who want a strong year-round tire to northern consumers who need a summer tire that can withstand potholes,” said Heinonen. “Demand has been strong for the tire because it serves a diverse cross-section of the market.”

“We cannot discuss the success of the Nokian Tyres One without also talking about our production growth in Dayton,” Heinonen said. “These two factors go hand in hand, and we are glad both have been success stories in the early days of the tire and the factory.”

Nokian Tyres plans to reach full capacity at the Dayton Factory in the coming years, enabling it to make more tires like the Nokian Tyres One – a boon for dealers, and storm chasers, like Payne.