Over 80 years since the invention of the winter tire:

The world's first winter tire, and the predecessor of the Nokian Tyres Hakkapeliitta was the Kelirengas (“Weather Tire”) that Suomen Gummitehdas Osakeyhtiö, the company that later on became Nokian Tyres, introduced into the market in 1934. This year marks the discovery of more than 80 years since the innovation of the first winter tire.

In the 1930s, the winter roads were rarely used and narrow, and ploughs were not commonly used. In order to solve the challenges of winter traffic, the engineers from the tire department in Nokia contacted drivers each day. Sales Manager Erik Sundqvist from Gummitehdas was a key figure in the development of the tire; he listened carefully to the wishes of his customers and worked closely with August Kelhu, who was a tire retailer.

Kelirengas, the master of deep snow with its coarse tread, was developed for trucks which, together with buses, made up the most part of the traffic. The first Kelirengas sets were manufactured in the size 7.50–20. The Kelirengas was mainly designed to keep the vehicle on the road when the conditions were soft and snowy. The strong tread design made the Kelirengas a winter tire, as its transverse grooves gripped the snow like a cog wheel. This eliminated the need for cumbersome snow chains. The tread pattern was loose and it could clean itself well while driving, which in turn improved the grip.

The entire concept of the tire was based on a tread pattern with excellent traction. The tread pattern of the Kelirengas proved to be successful, as it remained similar for about twenty years. As the advertisement stated, “braking is more effective, and sliding sideways in corners and turns is entirely eliminated”. The price list for 1934 had ten tire models, and about 110 tires were being produced each day.

The snowy roads attracted a growing number of passenger car users. The engineers at the tire factory created their solution for the slippery winter roads in 1936. This innovation was named the Snow-Hakkapeliitta.

As a winter tire tailored for passenger cars, it was equipped with a sparse transverse tread and several gripping edges. The tread pattern was a completely new design, as the grooves were completely transverse and ensured tooth-like grip and contact with the soft snow and mud.

The suction cups on the tread pattern, which prevented slipping in the icy grooves, was a typical feature of the Hakkapeliittas. The snow road champion was born.

International acclaim at the Monte Carlo

Winter tires needed more features already in the 1950s, as ploughs were used more and more due to increased traffic, and they made the road surfaces smooth and icy. Several suggestions were made concerning how to make the tires grip better; among these were rubber linings with metal sleeves and tread compounds containing ceramic pieces. There were several different types of metallic slide stoppers on offer, such as riveted tires and tires with different springs and spikes.

Finally, the breakthrough product was the Kometa stud, whose power and durability were based on a hard metal tip. The same technology is still used in studded tires today. This created a unique combination: Hakkapeliitta winter tires, Kometa studs, and the studded tire patent owned by rubber technician Veikko Ryhönen. The first winter tire specially designed for studding was the Kometa-Hakkapeliitta in 1961. It was a solution for winter roads: the stud grips on ice, while the tuire itself handles soft surfaces.

Studded winter tires made their final breakthrough into the collective consciousness of drivers in 1963, when all of the podium finishers in the Monte Carlo Rally used studded Hakkapeliitta tires. The pinnacle of Finnish winter tire expertise was experienced at the Monte Carlo in 1965–1967, when Timo Mäkinen, Pauli Toivonen, and Rauno Aaltonen won the legendary winter rally in consecutive years.

In March 2013, the inventor of the winter tire achieved a fantastic world record for the fastest car on ice, as test driver Janne Laitinen from Nokian Tyres achieved a speed of 335.713 km/h (208.602 mph) on the ice of the Gulf of Bothnia. Grip and speed like never before were ensured by the new top product, the Nokian Tyres Hakkapeliitta 8 studded winter tire. 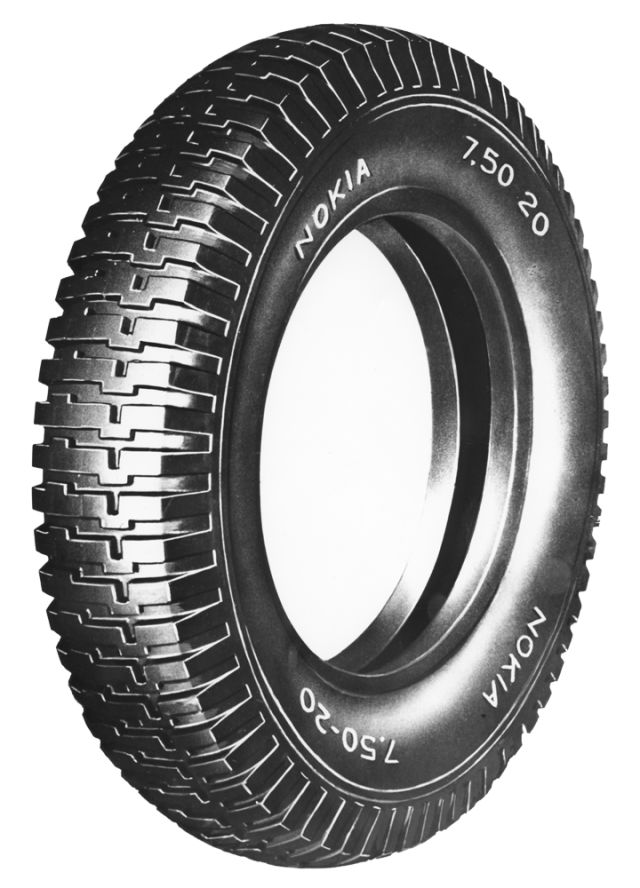